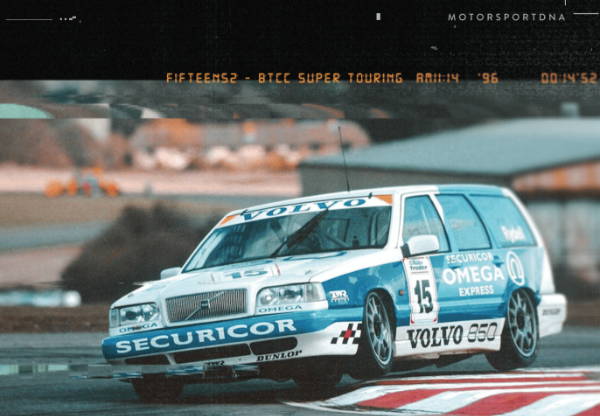 Throughout the 90's, motorsport was dominated by familiar production cars with eye catching liveries and wide wheels ripping around the track, hopping apexes and battling it out for a shot at the podium.

The giant wheels tucked deep in to the fenders combined with the classic and now nostalgic liveries made for an era of racecars that are now the inspiration for fifteen52's latest wheels, The Super Touring line. Aiming to embody the essence of touring racecars of the past, the Super Touring lineup brings race-wheels to the street with as much modern tech and innovation as they have vintage charm.

Pulling inspiration from the wheels that lined SuperTouring grids around the world, the Podium fifteen52's first foray into the straight multi-spoke category of wheel design. With a thick, smooth outer lip running along the perimeter of the wheel, the minimalist details tie back into Fifteen52’s signature design language. From there, the spoke profile gives the wheel its 90s flavor. The face of the wheel rolls out before finally diving deep into the lug bowl where the new Lug Cap System stands proud. The Podium was designed to accommodate a wide range of big brake options.

As fifteen52 aimed to introduce race styling to the demands of daily street driving, the Super Touring line optimizes the balance between performance and durability. Stringent durability tests made for a wheel that is fifteen52's lightest yet while still retaining the strength necessary to handle whatever you can throw at them.

Whether on the track or your daily commute, you can be confident that the Podium will provide the perfect blend of maximum strength and performance. 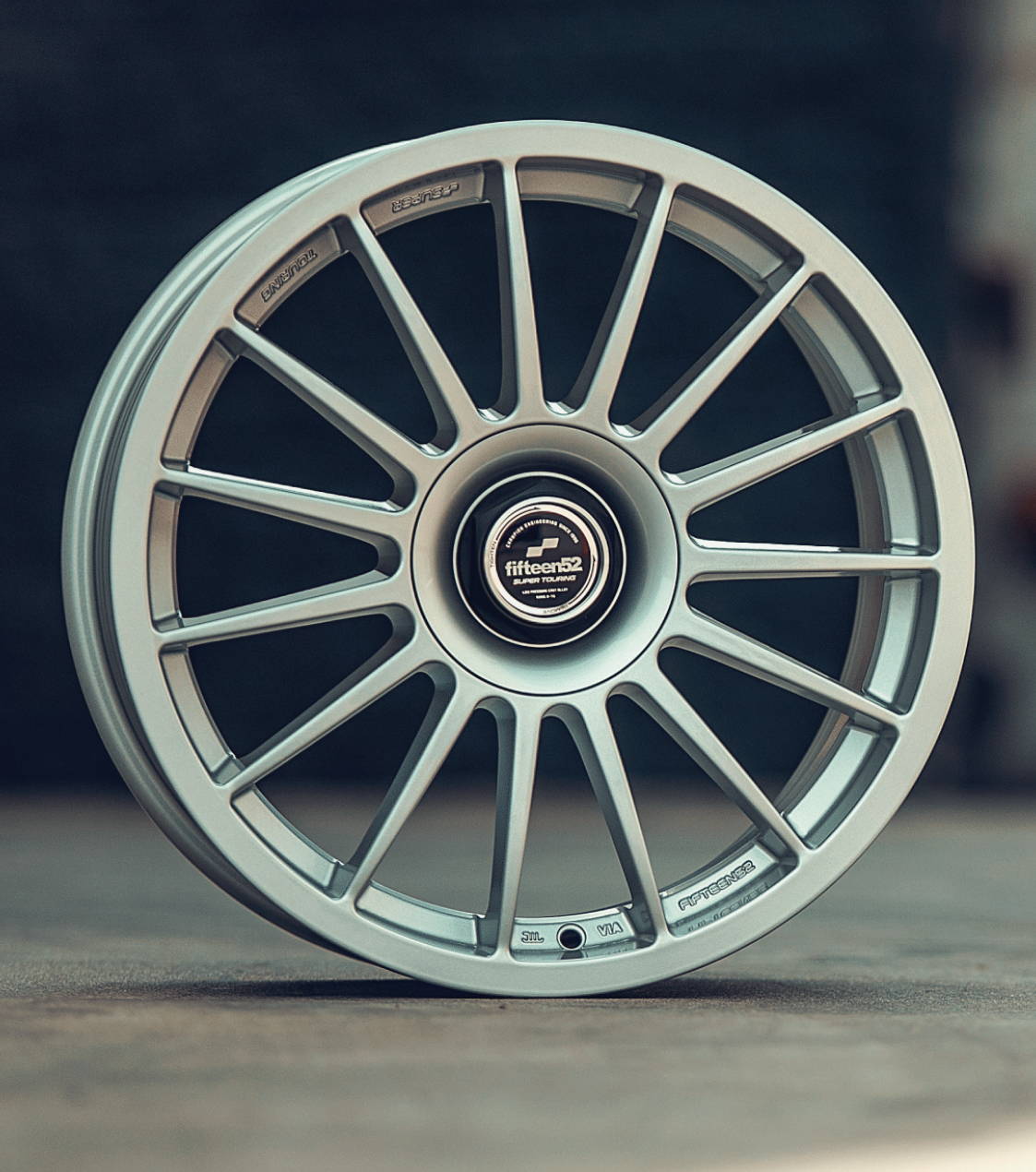 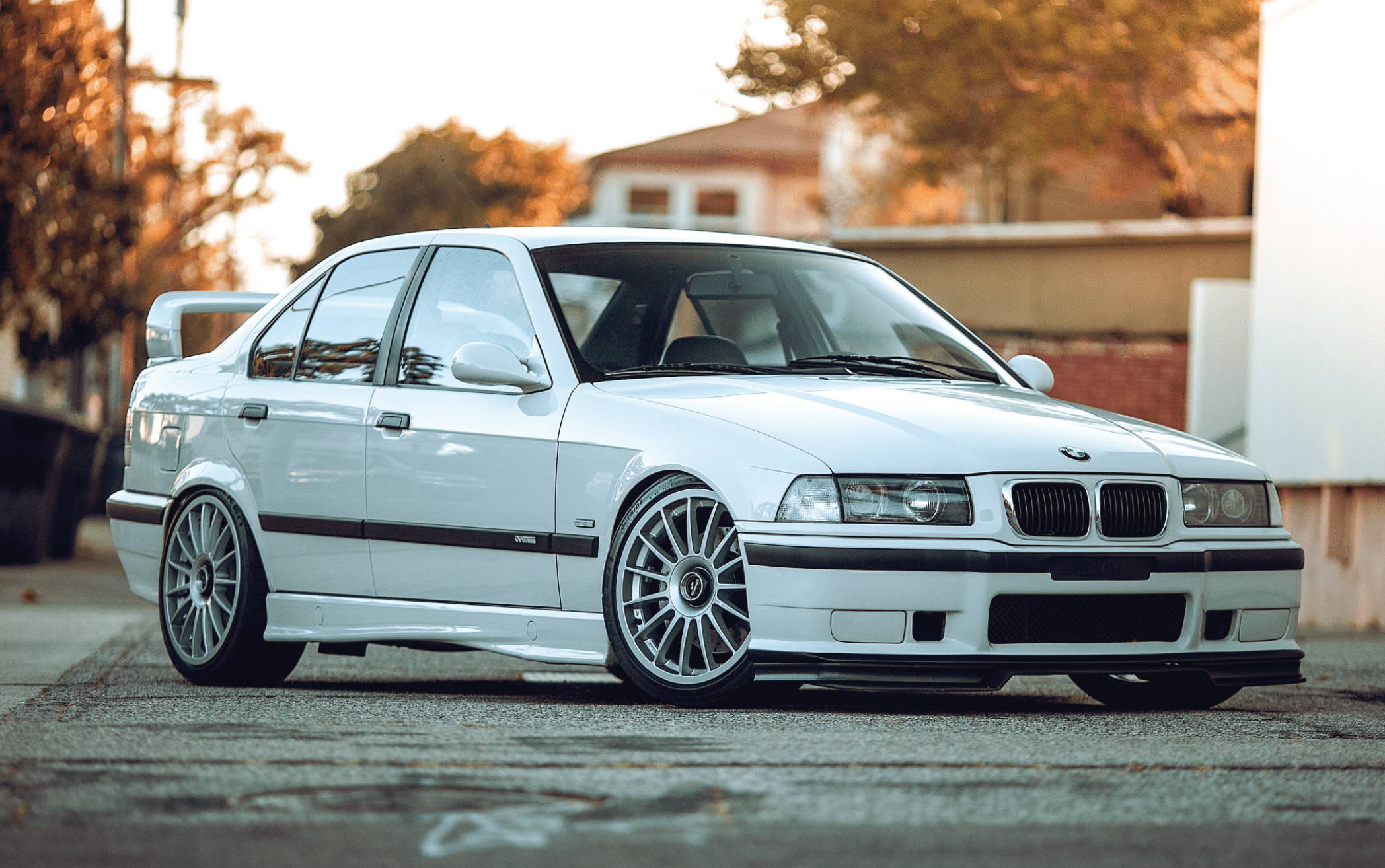 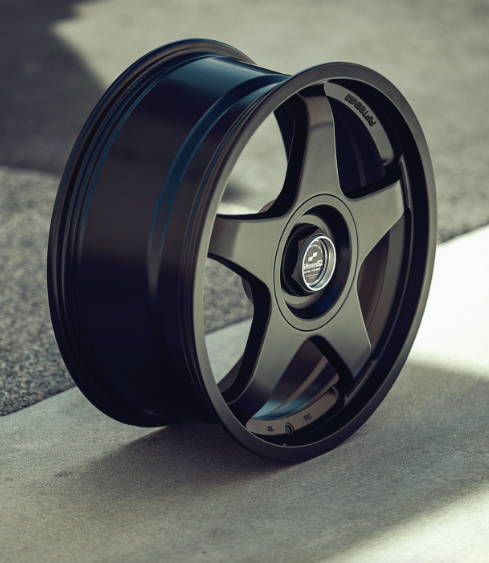 The 5-spoke layout is perhaps one of the most iconic in the history of wheel design and with the Tarmac leading the way, the 5-spoke has come to define Fifteen52. For the introduction of the SuperTouring line, Fifteen52 aimed to design another 5-spoke with influence drawn from the 90s.

The Fifteen52 Chicane has a flat face similar to the tarmac, but the spokes rollback at the lip to give the wheel depth and a profile that looks straight out of the motorsport paddock. With a harder edge than the Podium, the Chicane’s Lug Cap System still utilizes a forged aluminum nut and threaded shaft.The convex contour to the spokes retains a similarly wide range of brake fitments, and while the spokes are wider, pocketing has allowed the wheels to maintain a similar low weight across the Super Touring line.

Each wheel is low-pressure cast and then goes through a number of rigorous inspections as it completes each stage of production and finishing. The result is a high quality wheel that looks and performs at the front of its class. 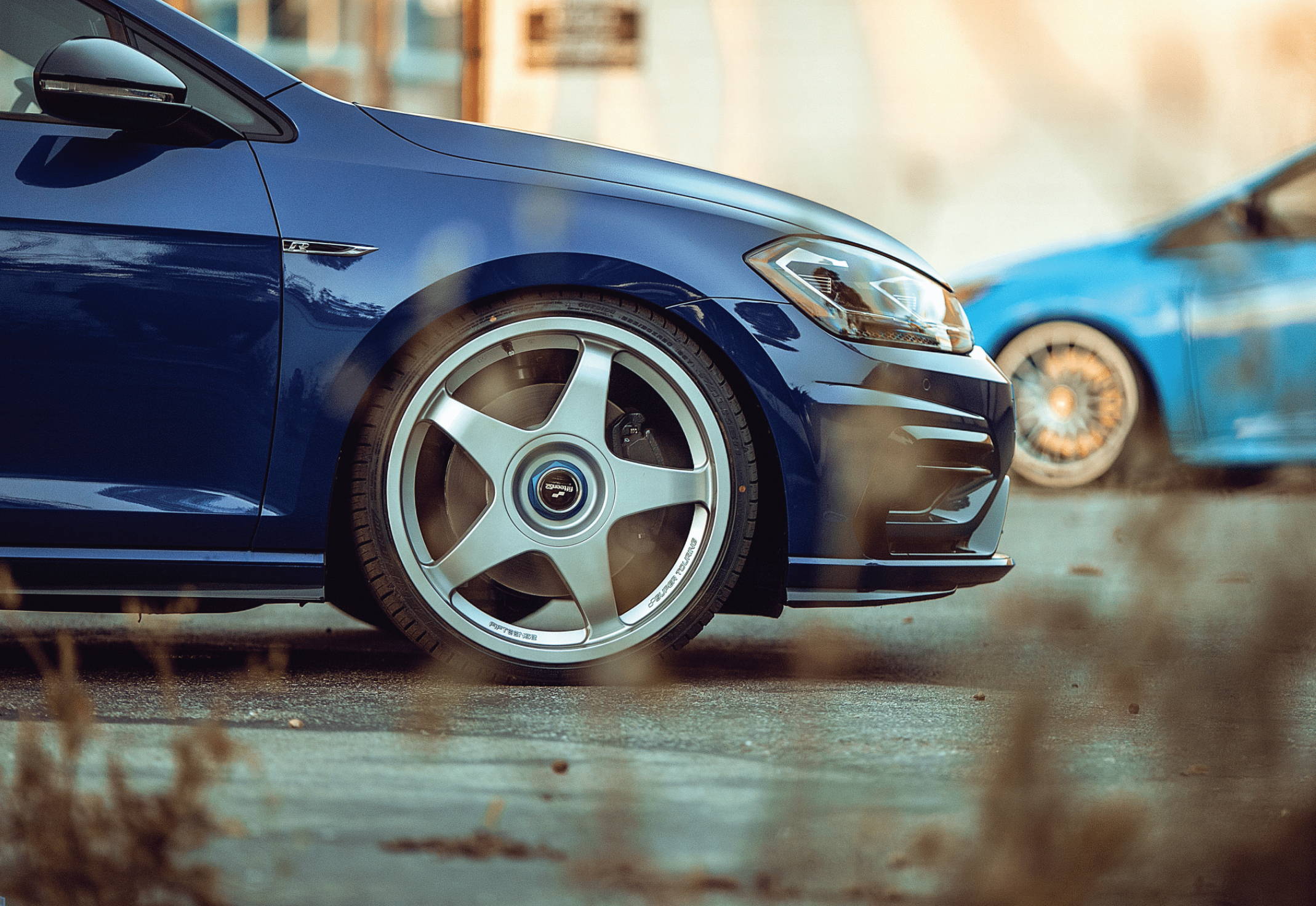 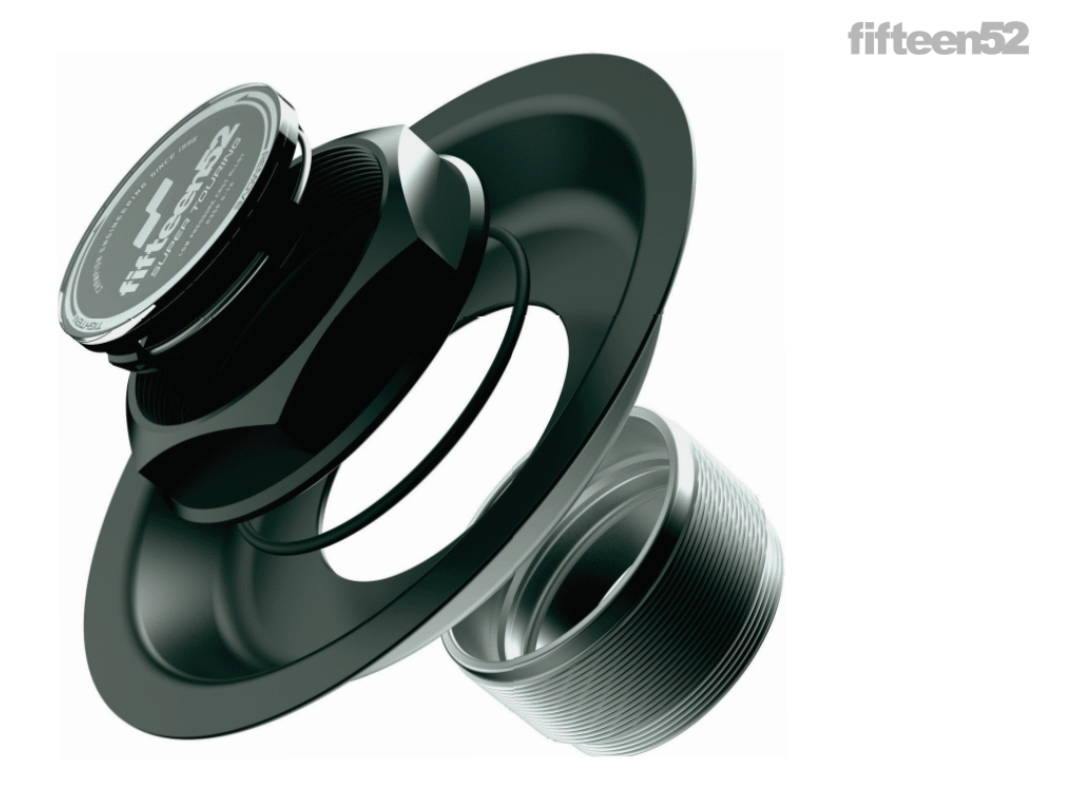 Central to the wheels, the new Lug Cap System was an important detail in the Super Touring aesthetic. The goal was to simplify the look of the wheel faces with stamped cover plates while integrating a nut assembly similar to classic race applications.

A forged aluminum snout threads into the wheel center bore and has been machined to sit just outside the face of the wheel. An anodized aluminum nut threads onto the shaft and secures the cover plate, cushioned and locked by an o-ring. Once installed, the Lug Cap System gives the wheel a complete motorsport uni-lock appearance and an attention to detail that has come to be expected from Fifteen52’s design team. Supplied with black nuts and center caps from the factory, a number of additional color ways will be available for owners who want to customize their wheels or match their car. 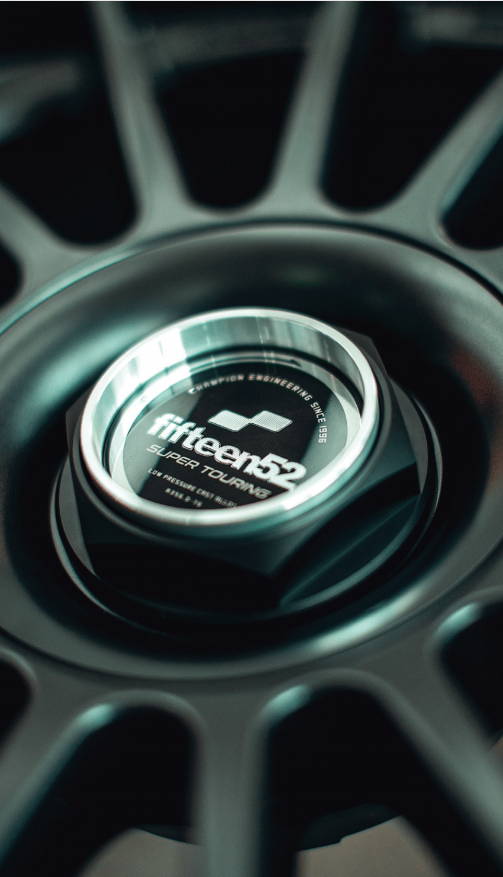 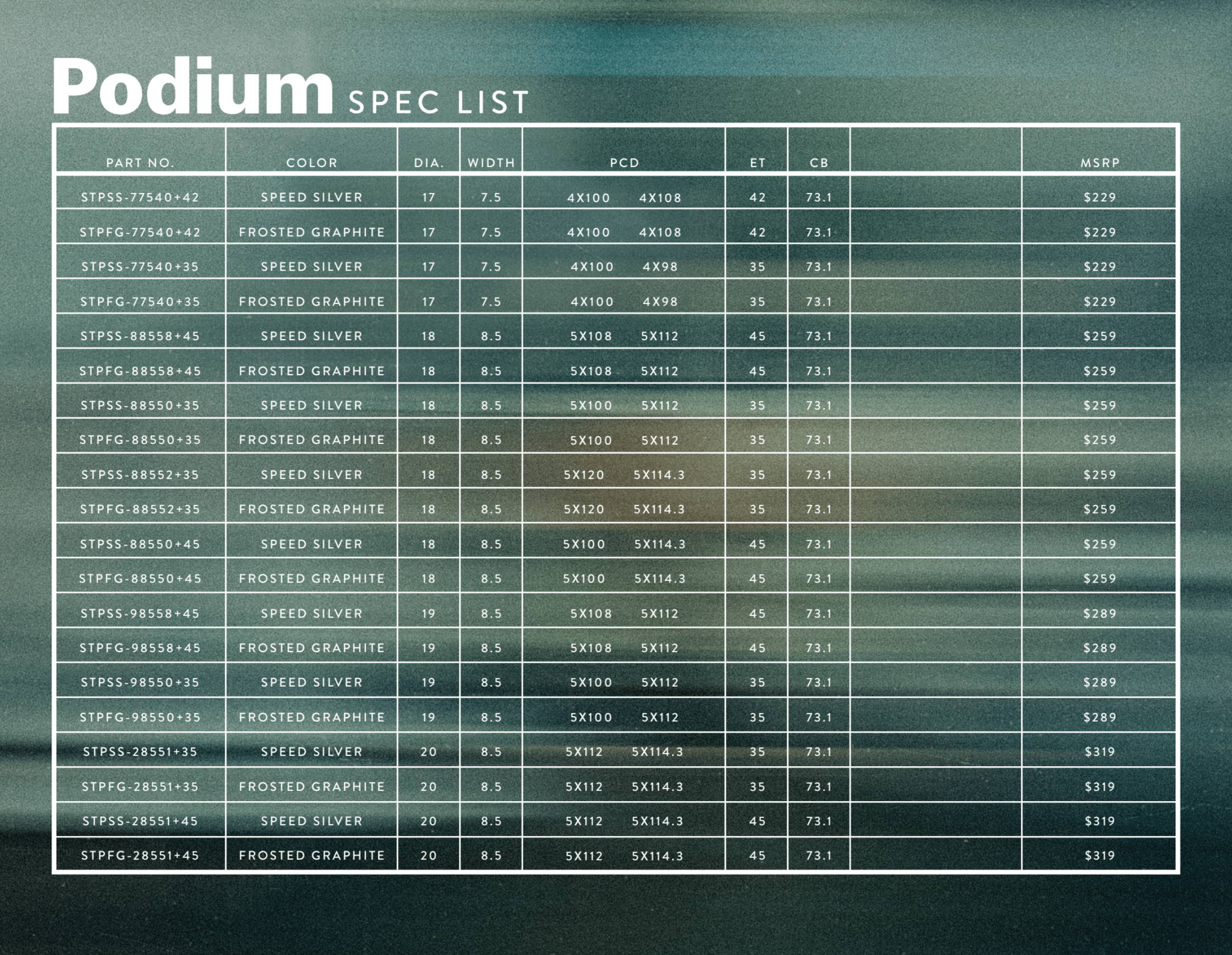 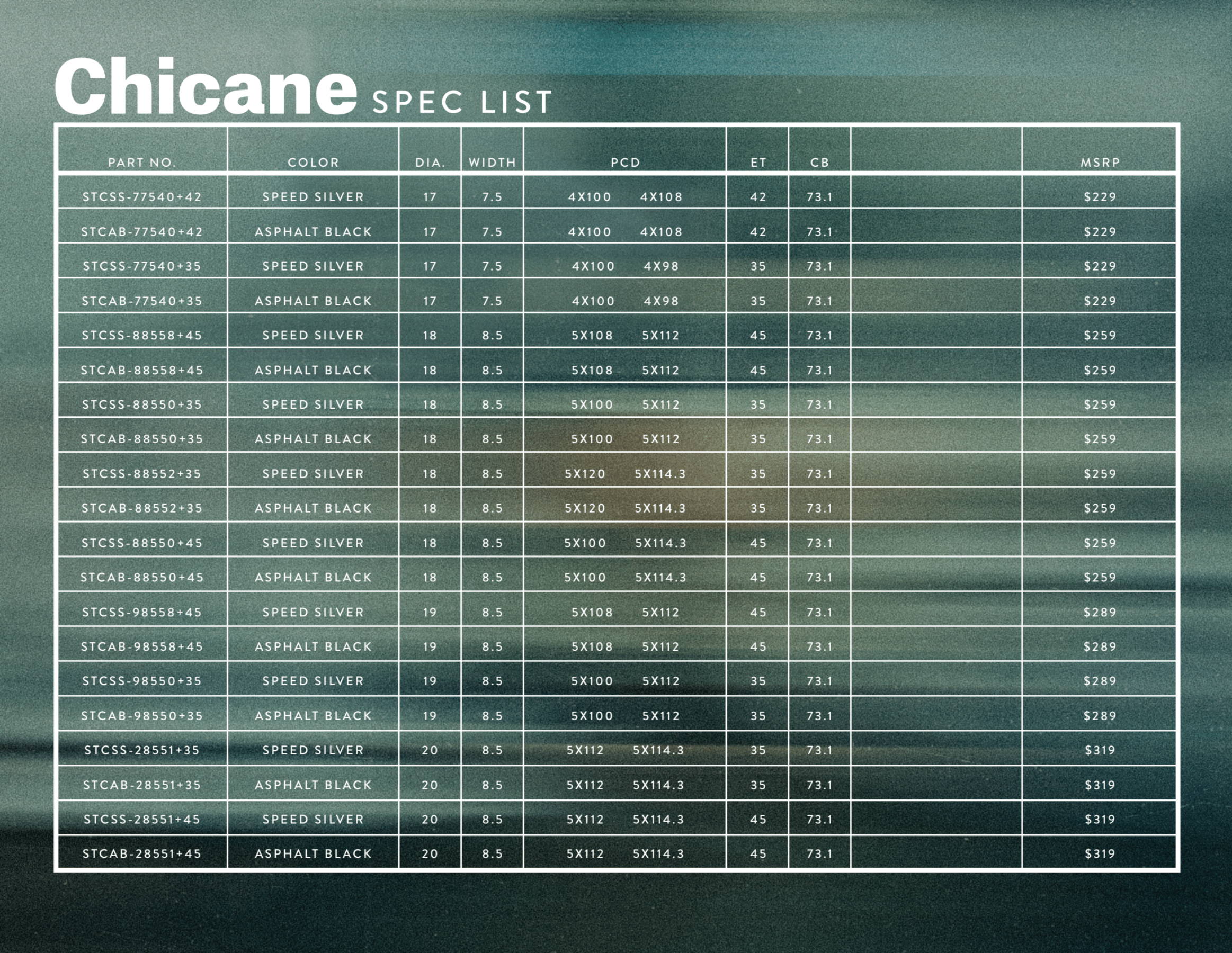