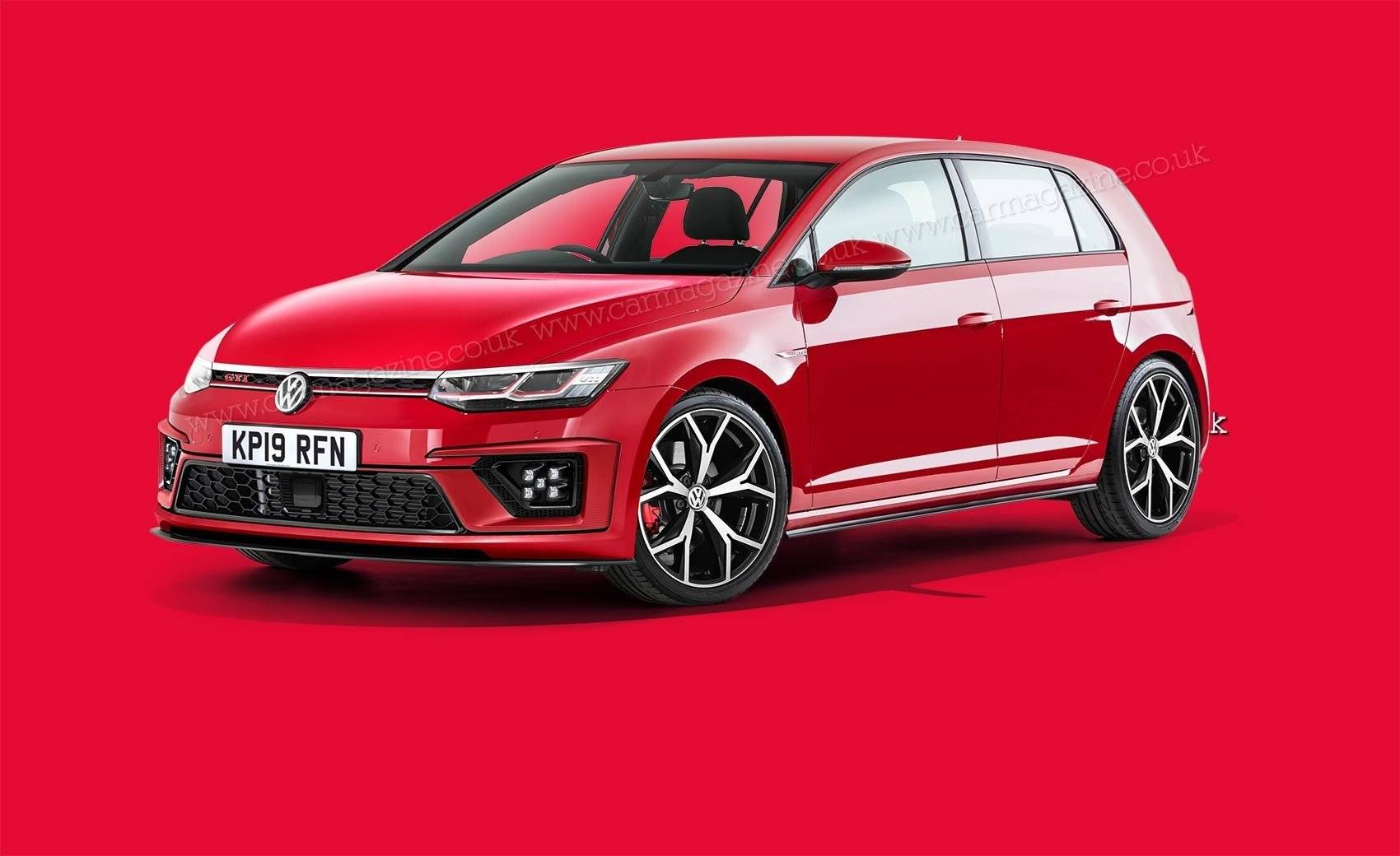 Over the course of the last few months, more and more photos have surfaced, giving enthusiasts a glimpse of what the highly anticipated next generation of MK8 VW Golf, GTI and R's may look like. It began with camouflage livery spy photos as the vehicle sped around the Nurburgring for a day of testing in Germany. Through the black and white pixellated camouflage, it appears that the MK8 does not stray too far from the MK7 and MK7.5 design, featuring a smooth hatchback profile with subtly aggressive and angular headlights and taillights, straying even further away from the more rounded and bubbly features of the MK5 and MK6 generations of the vehicle. 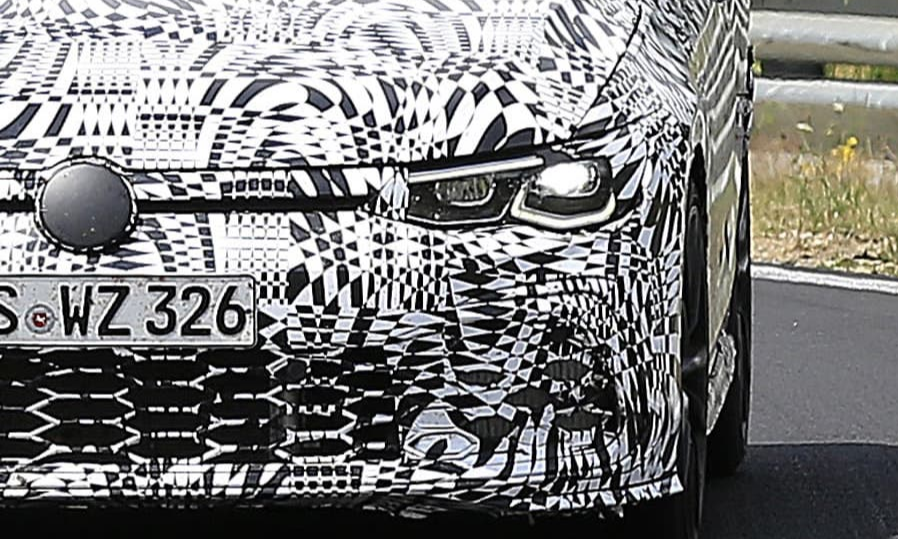 Even the vehicle's badge in this photo is covered, but we all know what this looks like. The MK8 GTI seems to have an updated front end, with lower profile headlights, and looks to be moving in the styling direction of the latest GLI and Arteon; with slimmer lights, and slightly more aggressive front end styling.

Updates don't stop on exterior styling, Volkswagen is focusing a ton of effort on interior updates and upgrades within the MK8 models, which became evident after interior photos surfaced before the vehicles official unveiling scheduled later this year.

From this interior shot we can see the MK8 will carry on the famous plaid fabric interior look, but with some serious updates to the dash and shifter.

As with many other models recently, the MK8 has opted for a fully digital dash, rather than analog digital hybrids of previous MK7 models, which still used tachometers and speedometers with needles. This will likely allow for full customization of the display, and a user interface similar to that of recent MK7.5 models. Some photos also showcase a large center display, which is integrated into the dash, and can likely be used for navigation, music streaming, and more.

The shifter for the automatic models seems to be lower and wider than previous generations, which is speculated to increase ergonomics and driver comfort. All things considered, the MK8 interior looks like it will be a serious step up from previous models in terms of both technology and user interface. 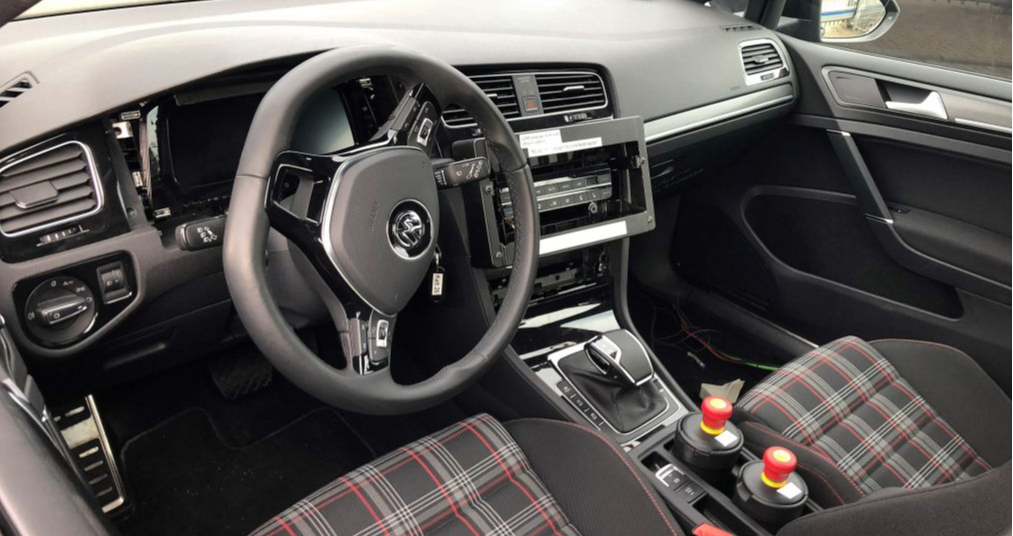 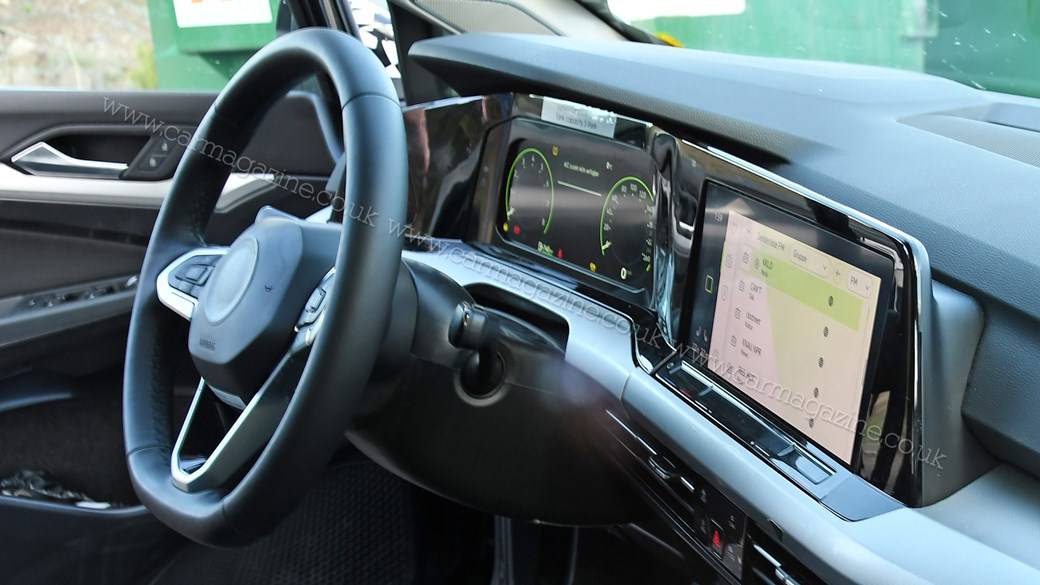 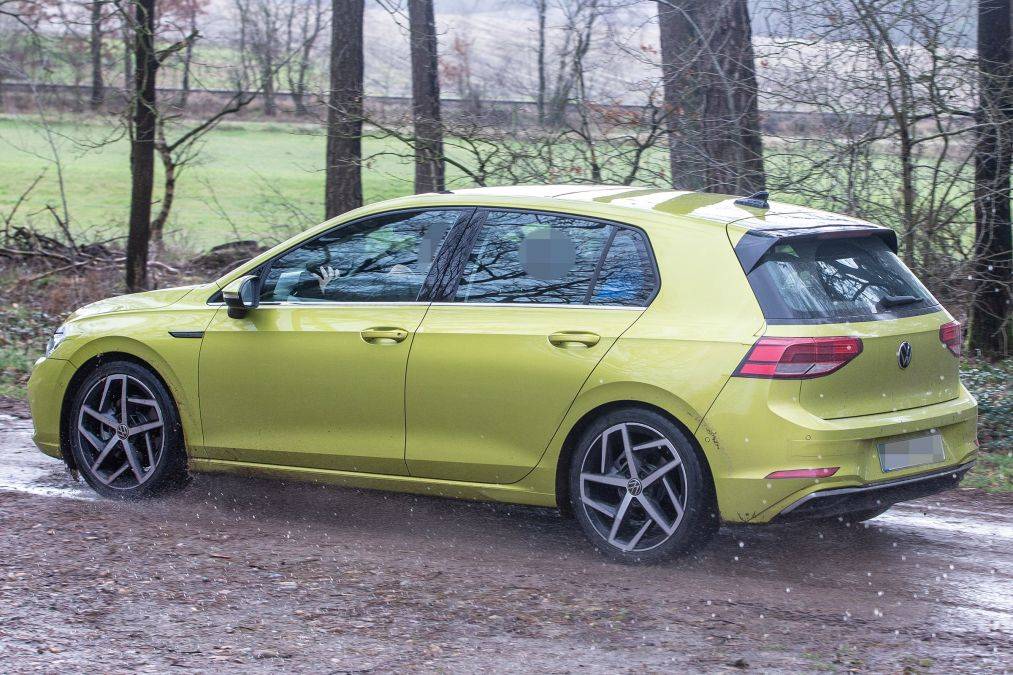 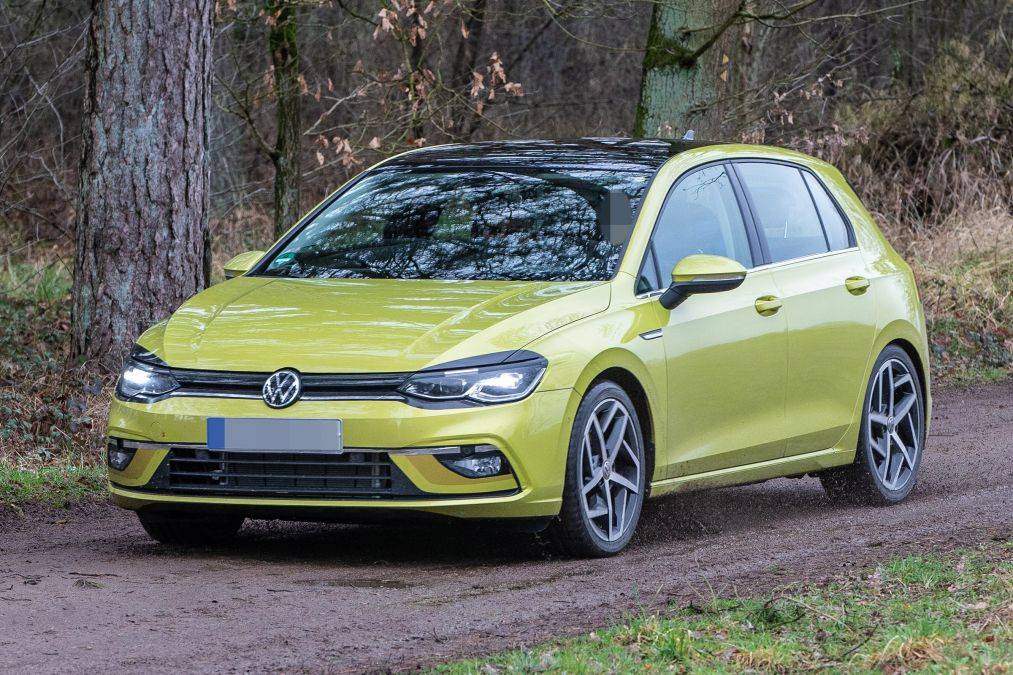 While the final aesthetic and exterior design of the GTI and R models is largely still shrouded in speculation, a few great photos have surfaced of what the MK8 model looks like as of now.

Without any of the secretive camouflage livery we can see the updated headlights and taillights, and subtle designs changes from generations prior. The headlights seem to have a different shape, but are accented by a black surround similar to prior headlight profiles.

As was slightly evident in the Nurburgring phots, the Golf's front end does seem to tie in with the design of the new GLI, and the rear end has an interesting molded diffuser/cowl that some will love and some will not.

The MK8 is based on a revamped version of the current MQB platform, and will be powered by the 1.0 TSI and 1.5 TSI engines, with a 2.0 TDI option as well. Volkswagen has also been hard at work developing a hybrid assistance system to help lower vehicle emissions. Rumors have also been floating around about a new base TDI 1.5-liter model, based off of the TSI. We should start seeing some MK8's on the street soon, with GTI's and R's rolling out late 2019.

What do you think of the highly anticipated MK8 so far?