Founded in 1979, Dinan is well established as North America’s premiere BMW tuner. Dinan develops, manufactures and markets a comprehensive line of high performance products and systems, distributed through a nationwide network of Authorized Dinan Performance Centers that includes select BMW Dealerships and Independent BMW Service/High Performance facilities. Recently, Dinan has further expanded its offerings to include other European marques such as MINI and Mercedes Benz. 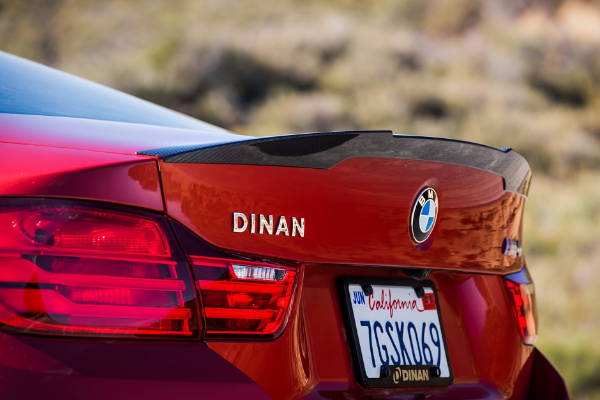 Heat is the enemy of performance. Keep temps down and performance will go up as a result of increased efficiency. Through rigorous testing it was discovered that the most effective performance per dollar solution was replacing the heat exchanger with a larger unit.

With 60% more volume and 19% more face area than stock along with being a whopping 40mm thick (24mm thick stock) it becomes quickly apparent how heat soak is averted with the improved Dinan heat exchange setup. While the unit is physically thicker, the 40mm dimension was ultimately chosen with consideration of airflow requirements of the main radiator which is located directly behind the heat exchanger. 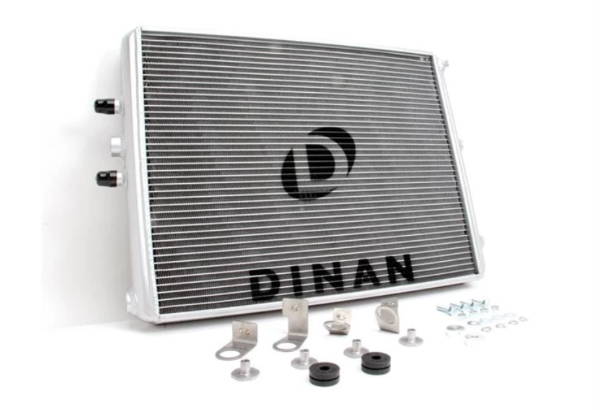 Dinan's Cold Air Intake systems add an additional intake snorkel to complement the factory intake duct. The Dinan intake adds a new airbox cover and a carbon fiber intake snorkel that draws cooler air from a low pressure zone behind the front bumper. This location is a full 40 degrees cooler than the factory air inlet. A K&N panel filter replaces the stock filter in the stock airbox and a second K&N cone filter is located on the new snorkel.

Professional installation is recommended but detailed instructions are included. Dinan has shown peak gains of 5hp and 6ft-lbs of torque from the intake alone but greater gains come at higher RPM where more airflow is required. Beautifully finished carbon fiber dresses up the engine bay while also taking advantage of composite's superior thermal resistance and light weight. 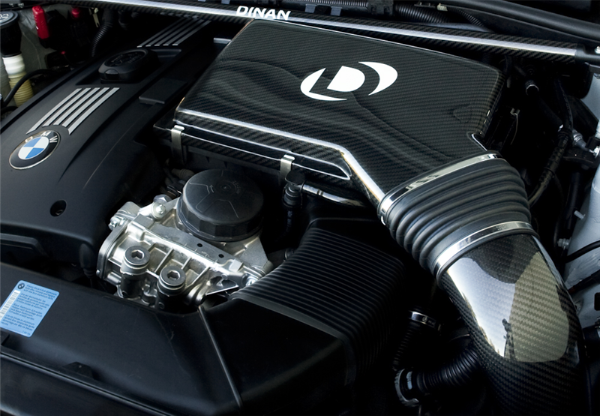 Greater power gains are achieved with a larger high performance intercooler. The Dinan dual core intercooler provides a 240% increase in face area along with an equally impressive increase in volume, substantially reducing the pressure drop to 0.8 psi, as well as providing for more efficient heat exchange and more consistent output power. Dinan's unique dual core design allows 2 separate cores to be working in conjunction with one another at all times.

The system has been engineered to be as direct a replacement as possible to the stock unit, requiring only minor modifications for a clean, factory-like installation. The increased thermal efficiency provided by the Dinan dual core intercooler will also enhance turbocharger reliability in addition to overall power. 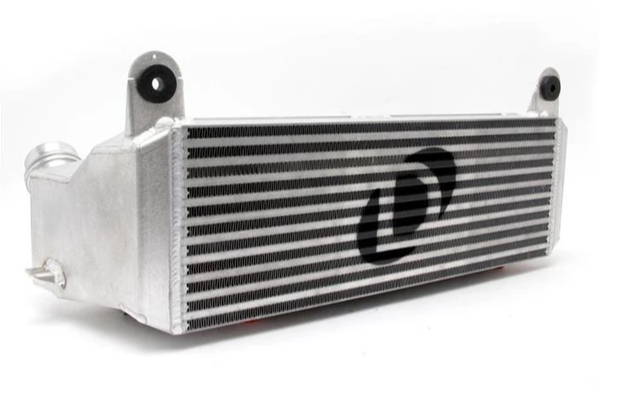 Dinan engineers design exhausts to improve flow by reducing back pressure, resulting in increased power output and a great sporty sound that is civilized when you want it to be, and pleasantly aggressive under hard acceleration. Dinan also incorporates a Helmholtz chamber design that reduces resonance or "drone" at low RPM.

The system is built to exacting specifications to ensure perfect fit using the factory hangers. Dinan exhausts are made from 100% 16 gauge 304 stainless steel and will resist corrosion for years to come. The design features twin 89mm polished stainless steel exhaust or black ceramic tips for a tasteful, high-performance look. 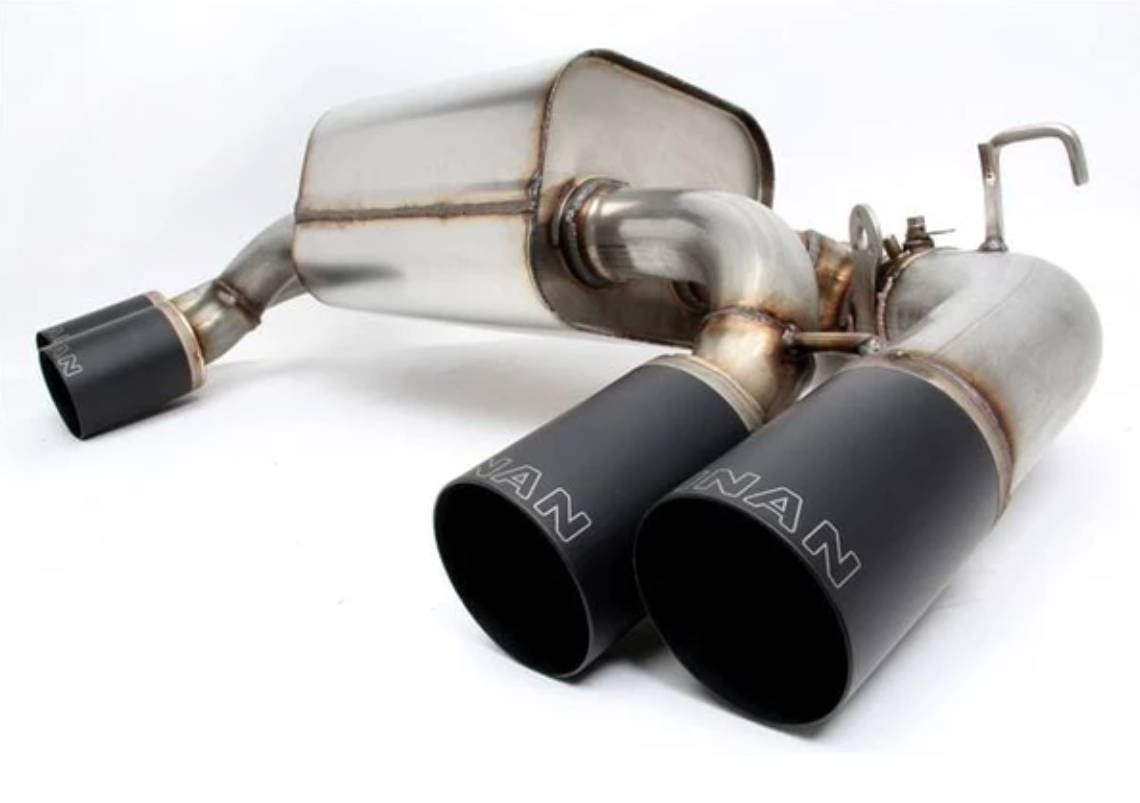 DinanTronics tuning modules plug directly into the engine computer, controlling the data from every sensor in the engine - not just the two or three that other piggyback-style modules use.

Instead of only modifying a boost and RPM sensor, the Dinan power module sends a modified signal for fuel and ignition tables, target Lambda (AFR), exhaust temperature, knock sensors, and more. It has the ability to correct short term fuel trim and ignition timing errors so even as the boost increases through the whole RPM range the engine mapping remains where it should.

Not only does it make a lot of peak power, but it's also a smooth and consistent power gain over the entire RPM band. The Dinan tuner module is the most sophisticated on the market and is the only one that is 50-state legal. 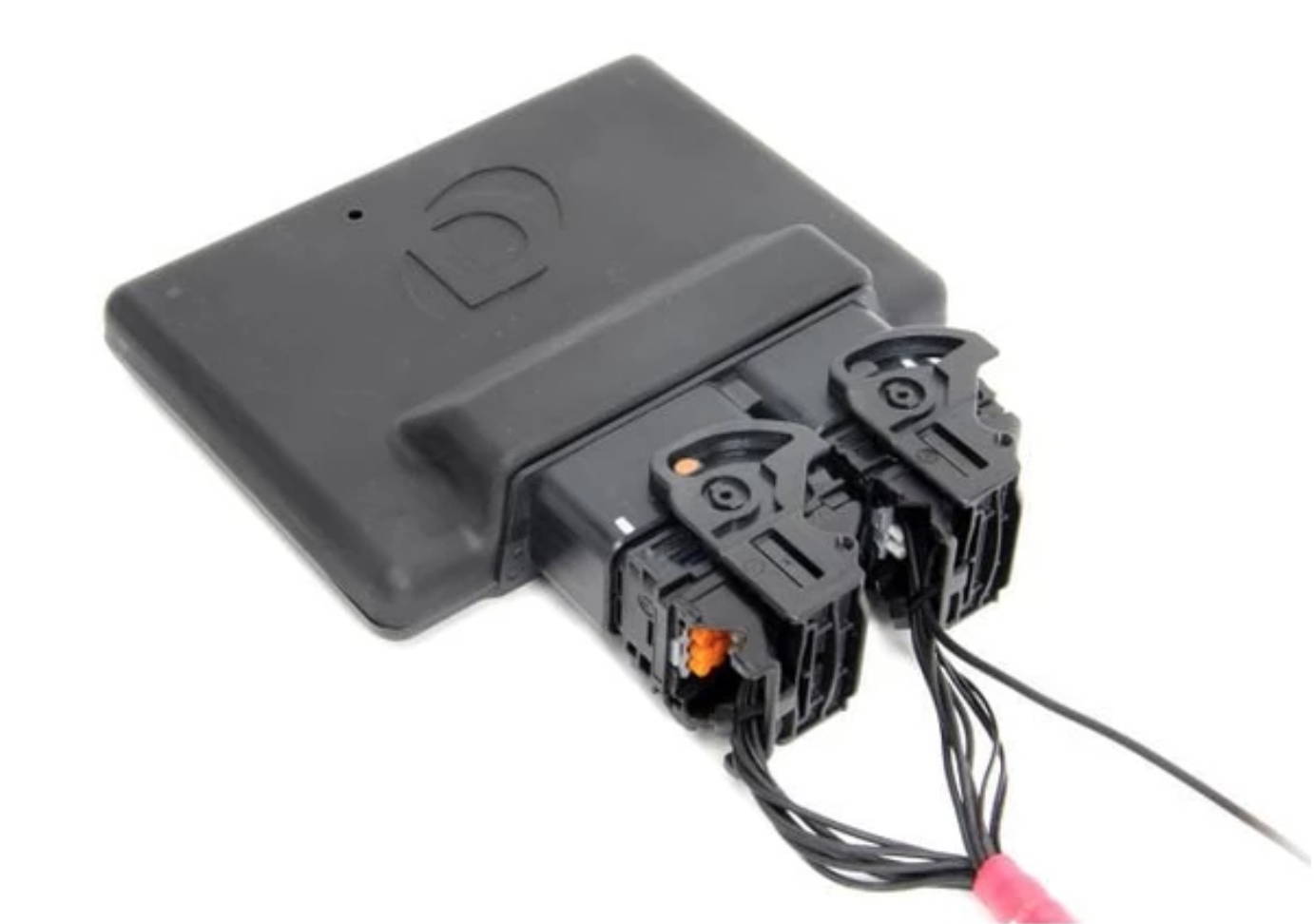