The Revo Carbon Air Scoop is designed to work in harmony with Revo software to unleash the maximum potential from your engine.

Flow testing of the OEM intake emphasized the restrictions in the system, giving the Revo engineers a clear indication of what
needed improving. The stock front panel used to direct air to the airbox, the standard air filter and convolutions in the rear pipe from the airbox to turbo were found to be the main "choking points’ in the system.

The Revo system is a direct replacement kit and includes a beautiful carbon front panel, designed to direct cold air directly to the OEM air box utilizing an internal fin, along with a second feed of cold air into the engine bay to help keep ambient temperatures lower. A Revo ProPanel filter is included to replace the restrictive stock filters, and a Revo by SamcoSport silicone hose allows air to flow smoothly to the turbo from the airbox.

Carbon Air Scoop
The Revo carbon front section integrates a direct cold air feed which is blanked off on the standard part, and also includes an internal fin that directs air towards the airbox. Designed to also aid in lowering ambient engine temperatures, the Revo engineering team have integrated a second air inlet to allow a direct cold air feed to the engine bay.

More Air, Less Restriction
Testing was carried out with consistent conditions on both the OEM intake and the Revo Carbon Air Scoop with ProPanel filter, replacement silicone hose, and stock turbo inlet elbow. The graphs below were produced with products fitted to a vehicle and also in a standalone test off the car. The Revo system was tested on a flow bench to highlight the kits efficiency in allowing more air to reach the turbo, quickly and with less restriction. The OEM system reached its maximum potential of 440 cubic feet per minute, compared to the Revo system which was able to flow 480 CFM with a restriction of around 600 mmWg. This difference allows the engine to still make power at the top of the rev installing with the Revo kit.

Increased Power and Torque
The Carbon Air Scoop (with silcone back hose and ProPanel) was installed on a variety of stage 2 & 3 vehicles, all tested on a 4-wheel hub dyno. Three consecutive runs were carried out on each vehicle comparing the stock system to the Revo MQB Carbon Air Scoop. A consistent gain of +10WHP was found on the 300ps 2.0TSI and +17WHP on the 220ps 2.0TSI, with both giving an average gain throughout the rev range of +12 ft/lbs torque. It was also noted that with the greater flow of air the turbo was able to spool a lot more quickly giving enhanced throttle response. 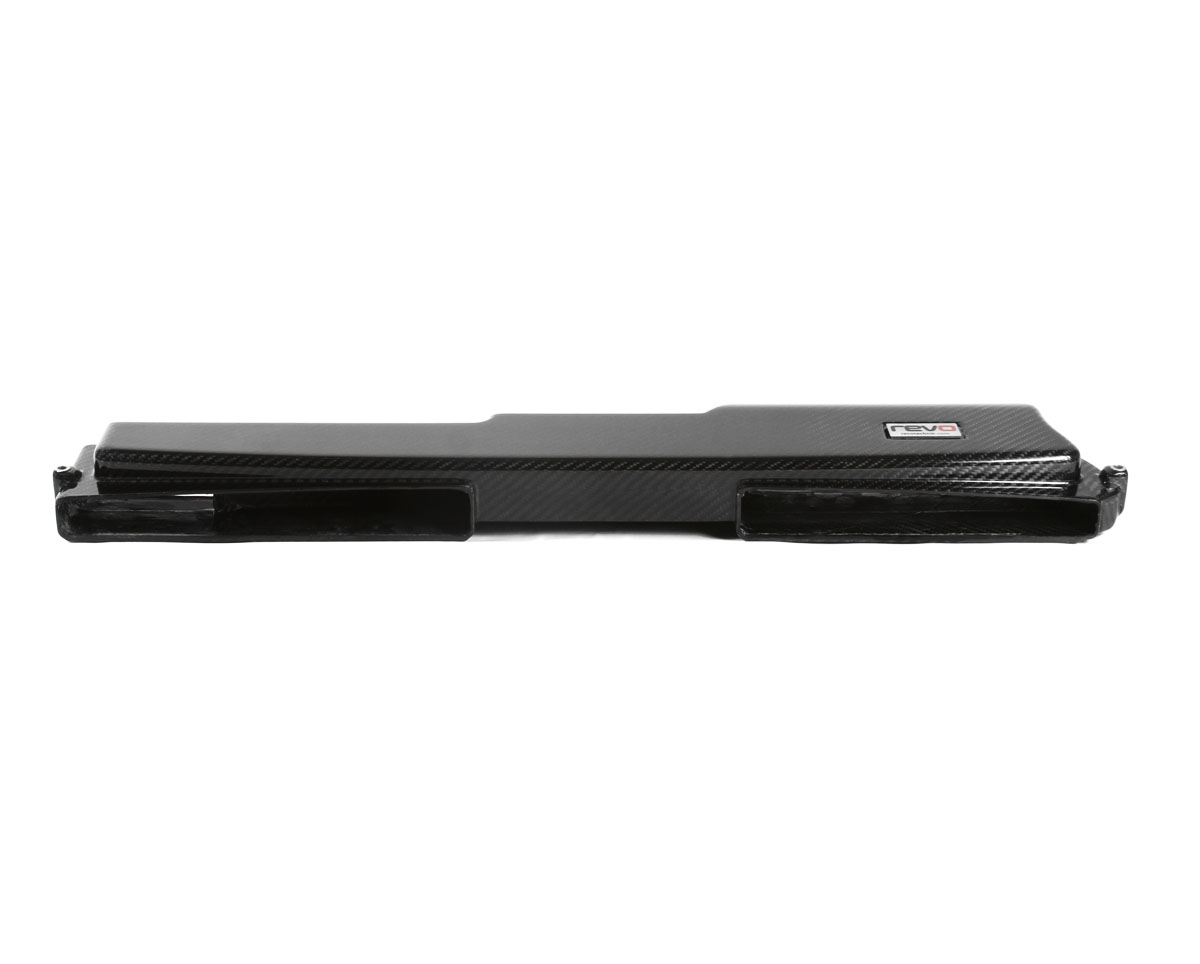